Don Bosco and the Gentle Saint 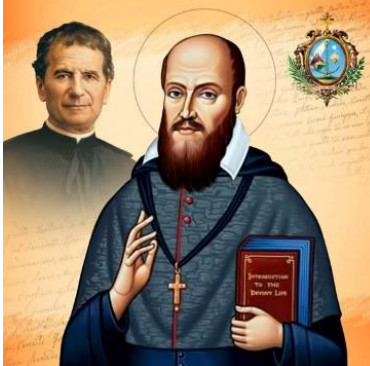 Truly, St. Francis de Sales sought to model himself after Jesus, meek and humble of heart. Don Bosco believed that in working with young people, one must develop these same qualities that St. Francis de Sales did. The situation of young people in 19th century Turin was fraught with abuse, immorality,
breakdown of family structures, and government structures that were amid change. Many of the young people coming into Turin or having to live within this quickly industrializing city found themselves the victims of human trafficking, lack of education, lack of good role models, and an even greater lack of faith. To get them to hope again, Don Bosco saw the gentleness and kindness of St. Francis de Sales as the roadmap to success. It was not easy! To gain the trust of these young people required Don Bosco and his collaborators to show herculean patience, indefatigable gentleness, and the charity of Christ, which knows no limit.

The Saints on Gentleness and Meekness

Gentleness is hard to define because it involves lots of other qualities like compassion, wisdom, patience, humility, love, and respect and so on. Webster’s Collegiate dictionary uses many words to describe the word “gentle”: honourable, distinguished, kind, amiable, docile, free from harshness or violence, soft, delicate, moderate and so on. “Take care to practice well the humble meekness that you owe to everybody, for it is the Virtue of virtues which our Lord greatly recommended to us.” (St. Francis de Sales) Do not wish to be anything else other than what you are; and try perfectly to be just that. "Nothing is so strong as gentleness - nothing so loving and gentle as strength", says Francis. Gentleness is not weakness. Gentleness flows from inner strength and peace. To be gentle
is often seen as being weak, mild, submissive, subservient, lacking courage, ineffective, passive, etc. If that is so, who wants to be gentle?!!! Such gentleness is not seen as a virtue.

3 St. Francis de Sales himself often encountered those who were rude and disrespectful to him. Although his personality was such that he could be boiling on the inside, his external demeanour exuded charity and meekness. Usually, the person who was upset with him would leave a friend, amazed at how gently he had been treated. According to his experience, the best remedy against anger is to practice gentleness every day and to put one’s heart on guard: If we’re able to recognize our anger with calmness and gentleness, we’ll be much more apt to control it and not let it explode. “At the first sign of anger, collect yourself gently and seriously, not hastily or with impetuosity,” writes the author of Introduction to the Devout Life. Gentleness includes true humility that does not consider itself too good or too exalted for humble tasks. Gentleness results from my experience of God's Love for me as I am. When I am sure of God's acceptance and Love, I can afford to be gentle because when God himself considers me worthwhile, there is no further need to assert myself or compete with others and prove my worth.
The certainty of God's love for me frees me from self-concern and self-absorption. I can afford to be gentle.

St. Vincent Ferrer was never seen angry, whatever insult or injury he received. The same may be said of St. Vincent de Paul. He was much inclined to anger, as he himself admitted to a friend, saying that, he allowed himself to be conquered more than once by his disposition to melancholy and to fits of fury. But having seen that God called him to live in community, and that in such a state he would have to deal with people of every variety of nature and disposition, he had recourse to God, and earnestly prayed Him to change his harsh and unyielding temper into gentleness and benignity; and then he began with a firm purpose to repress those ebullitions of nature. By prayer and effort combined, he succeeded in making such a change that he seemed no longer to feel any temptations to anger, and his nature was so altered that it became a source of benevolence, serenity of countenance and sweetness of manner, which won for him the affection of all who shared his acquaintance. As a rule, he received all those who went to his house with pleasant words, full of respect and esteem, by which he showed his regard for them and his affection in seeing them. This he did with all, with the poor as well as those of high rank, adapting himself always to the position of each. St. Francis Xavier treated everyone with great mildness and kindness, which drew to him all----both small and great, won the hearts of all and induced all to do what he wished. St. Francis Borgia, St. Paula, St. Jane Frances de Chantal, St. John Berchmans, were all Saints who knew how to be gentle and meek. St. Mary Magdalen de' Pazzi was never known to assail or oppress anyone. 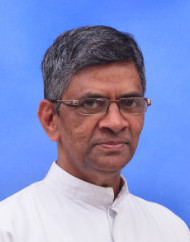