Broadway – Refuge in the News 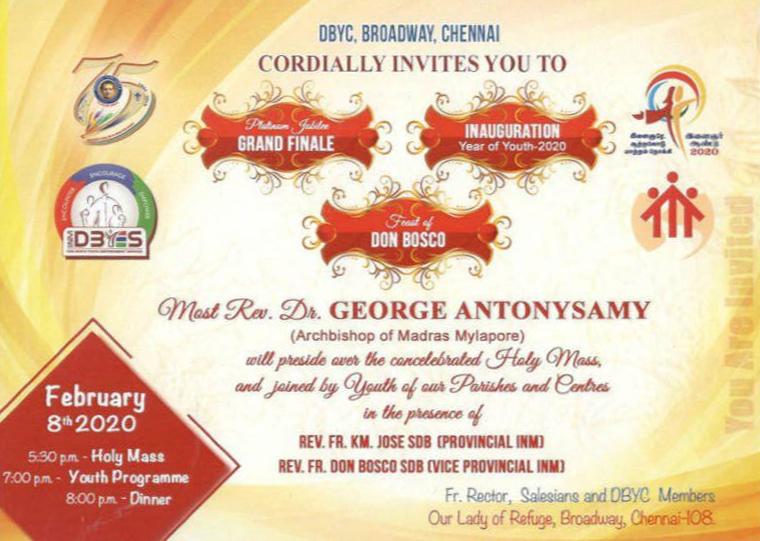 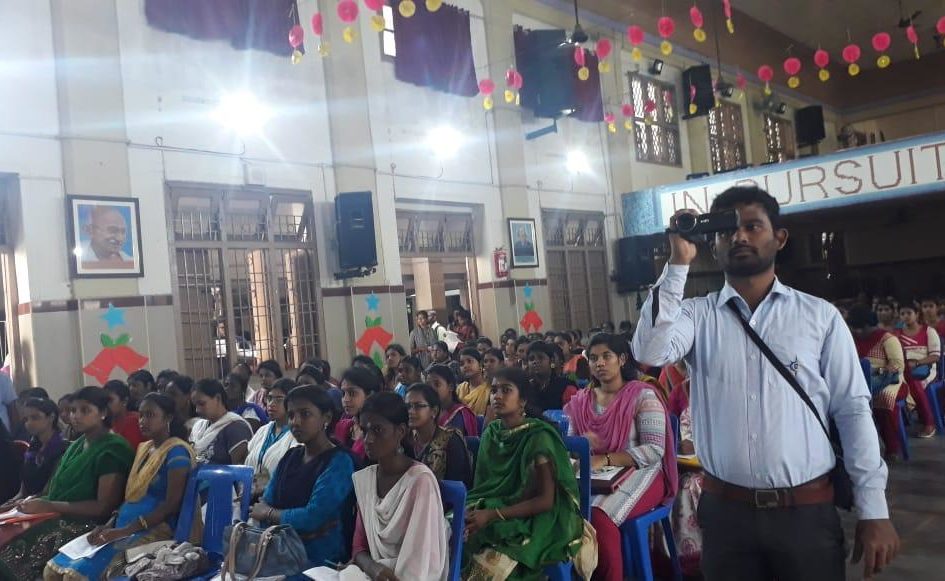 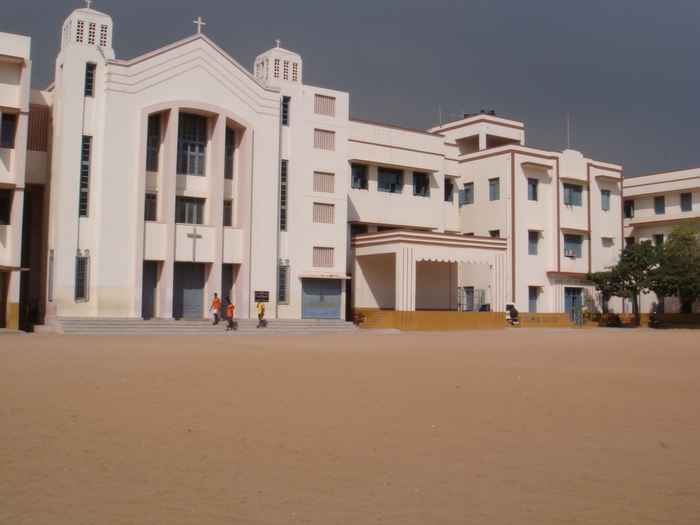 The school is located adjacent to the three slums of Aasirvathapuram, Valluvar Nagar and BRM Garden in Broadway. Consequently, most students who attend our school hail from the lower-income category families.

The Salesian community at Our Lady of Refuge caters to the education of the deserving children of the locality through the Primary School and Higher Secondary school and many youth activities through the Youth Centre. Besides these, the institution also provides hostel facilities for the poor and deserving boys.Youth Centre. Academic Ed: DB Primary & St. Gabriel’s Hr. Sec. Schools. Social Ministry: Don Bosco working men’s hostel-Evening Study Centre – Chaplaincies.

Looking at the Don Bosco Youth Centre (Earlier called as Don Bosco Oratory) , Broadway, Chennai (formerly Called as Madras), after 75 years, one cannot but feel grateful to God for having been so good and generous to the Youth Centre. It was the first Salesian Youth centre in South Asia.

The first mass was held on September 12, 1944. A handful of boys in one room in which a Ping Pong (Table Tennis) Table just fitted and two small rooms all infested by rats and bats. On the feast of Christ the King (24 November 1944),when the Vicar General and Salesian Provincial came to bless and open the oratory, there were about 300 boys. According to the Oxford dictionary, a meaning for the word “Oratory” is A small private chapel.

The Founder of the Don Bosco Oratory shortly known as DBO, (Broadway) , Fr.Francis Schlooz, who was a Dutch (Holland) priest, took extra ordinary efforts to visit Schools and Military camps giving performances of magic and songs in order to get their condemned Sports gears for the Boys of DBO.

The new Oratory Chapel of St.Dominic Savio was blessed and Opened by His Grace Most.
Rev.Dr.Louis Mathias, Archbishop of Madras – Mylapore on the 26 th September 1956.
Fr.Sean McFerran, an irish Priest fondly called as Fr.Mac, remodelled the building, on the left side of the Chapel and the Youth centre started functioning in this building, which was solemnly opened on 3 rd September 1958.

Fr.McFerran, piloted to build the magnificient three Storey building on the right side of the Chapel.The foundation stone was laid by His Grace Most. Rev.Dr.Louis Mathias, Archbishop of Madras – Mylapore on the 24 th June 1965. It was opened and blessed by His Grace Most. Rev.Dr.Arulappa, DD, Archbishop of Madras – Mylapore on 8 th December 1966. It was a sentimental coincidence that the year 1966 was the 125 th Anniversary of the foundation of Don Bosco Oratory by Don Bosco himself, at Valdocco (Italy).

The Silver Jubilee (1944 – 1969 : 25 Years) of the DBYC Broadway was a colourful milestone. The Celebrations were held from 26th October 1969 to 1 st February 1970 (for 99 days). A Thanksgiving Service- The Holy mass concelebrated by the Directors of the DBYC, Past and Present was the first programme. Fr.Rosario Krishnaraj, one of the first members, preached the Jubilee Sermon. The Concluding Programme of Silver Jubilee was a grand rally of Floats, Banners, Flags, etc. Fr.Joseph Antony was the Director of DBYC during the Silver Jubilee.

The Golden Jubilee (1944 – 1994 : 50 Years) was a shining milestone and the Programmes
commenced with an Inaugural function on 1 st January 1994. Special Programmes were held during 1994 – 1995. DBYC Broadway which was the first to come up in South India continued to prove to be a LEADER among the Don Bosco Youth Centres. Fr.Francis Sundararaj was the Director when the DBYC celebrated Golden Jubilee.

The Diamond Jubilee (1944 – 2004 : 60 Years) of DBYC Broadway significantly coincided with
the 50 th Year of the canonization of St.DominicSavio, a member of Don Bosco's first Youth centre at Valdocco and also the year of the beautification of Alberto Marvelli, another member of the Youth centre at Rimini (Italy) and again it was the centenary of the death of BL. Laura Vicuna, these young saints lived at different times and in different parts of the World,but always as members of Salesian Youth centres.

The Diamond Jubilee was a glittering landmark and the Celebrations spread over from July 2004 to April 2005, were conducted in a fitting manner. Tsunami (December 2004) affected many places in the State of Tamilnadu including Chennai. DBYC Broadway rose up to the occasion to raise funds for the Tsunami Relief work arranged by the Province. Fr.K.M.Jose was the Director of DBYC at the time of Diamond Jubilee.

.The Platinum Jubilee (1944 – 2019: 75 Years) of DBYC Broadway will be an unforgettable
landmark in its history of DBYC, Broadway. The Youth centre started in 1944 with limited facilities have grown steadily and reached the level to receive appreciation and accolades of the Salesian family all over the World. The DBYC Broadway definitely deserve to be called “Valdocco of Chennai Province / India”. DBYC Broadway follows the Don Bosco's System even today and it is a Pioneer in Youth work. It is referrred to as “Mother of DBYCs” (Thai Mandram) and a “Model Youth Centre”. Fr.Rajan was the Director during the Platinum Jubilee Year. Presently (2019 – 2020), Fr.Edwin George is the Director and he was a cleric (Brother) in the DBYC during 1990- 93.

Many Special Programmes were held in all fields viz Spiritual, Sports, Cultural, Scouting and Social Service. The former Members of DBYC were invited for the Special Programmes. The night school for the neighbourhood children and Special coaching to the students of 10 th and 12 th standards is a notable Education service of DBYC.

“Malayur Mampattian” fame cine Actor Mr.Thiagarajan who is a former member of DBYC,
Broadway and father of cine Actor Mr.Prasanth, was the Chief Guest for the Membership Day. He was kind enough to donate some music instruments and Gym Equipments to the Youth centre. A music room is set up in the first floor of DBYC Building.
Members and Salesians who rendered good service to the Youth centre were honoured in the Thanks giving Day function. The Most Rev.Dr.A.M.Chinnappa, former Archbishop of Madras- Mylapore concelebrated the mass.

Broadway – Refuge in the Photo Gallery 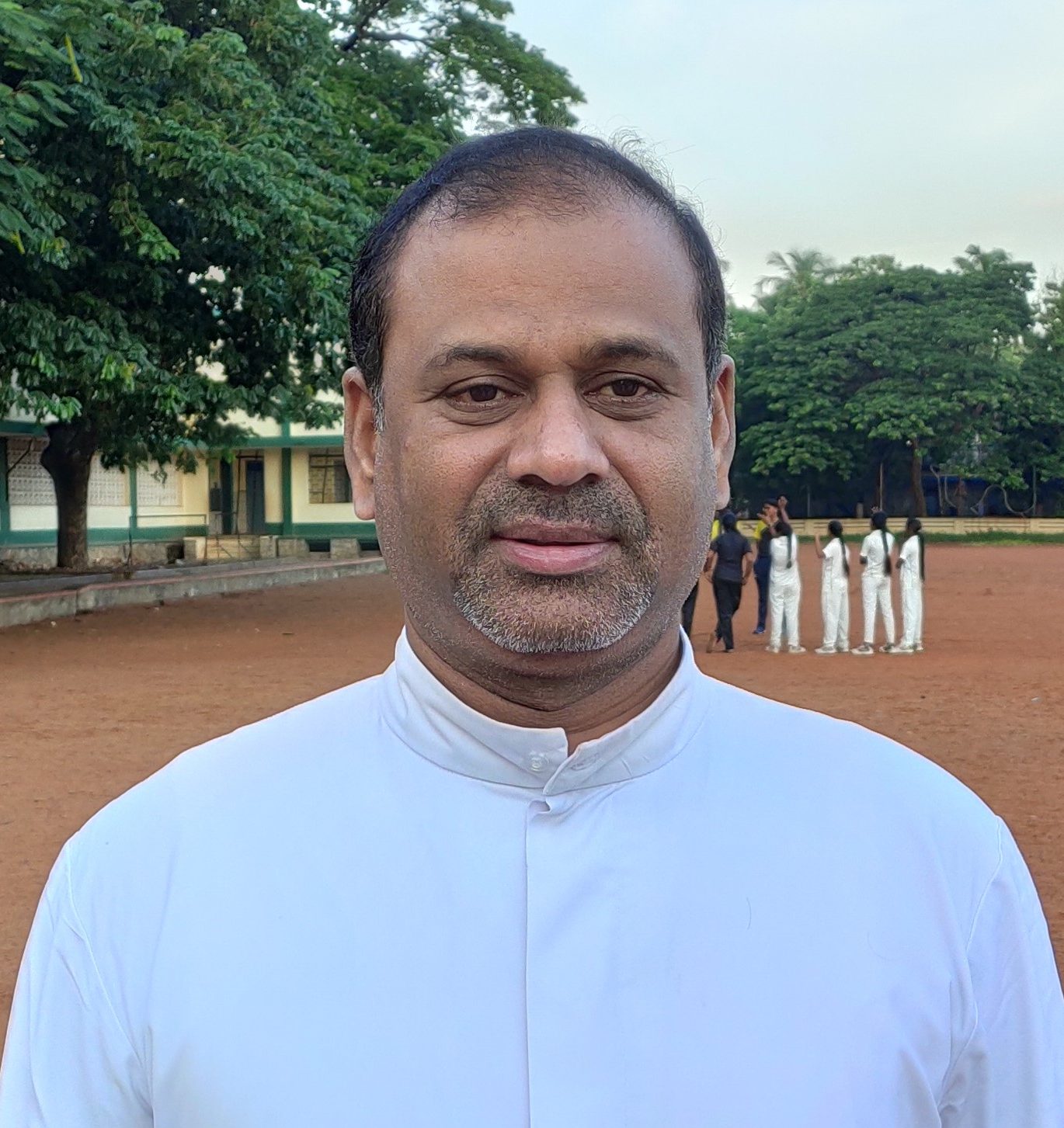