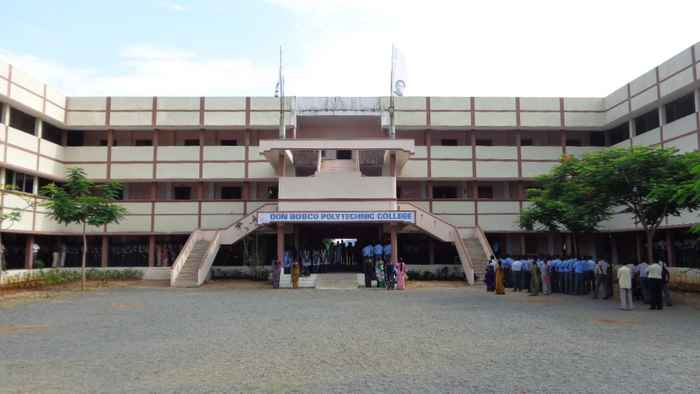 History of the House:

The Mission of Don Bosco at Thirukazhukundram was initiated by Fr. Augustine Nathan who began his ministry in the area as the first parish priest of the new parish bifurcated from the Oragadam parish on June 29th, 2001. In 2002, he began a boarding with 20 boys who were residing with the parish priest which evolved into an established boarding home with 45 students (in 2006), 65 (in 2007), 75 (2008).The boys were initially attending the Government Higher Secondary School as they hailed from economically very poor background and were mostly either orphans or semi-orphans who lacked proper opportunity for study. Just after the tsunami disaster, through a JDW project, a Non-formal Technical Institute was established in 2006 as a response to the need for trained technical manpower raised by the industries that dotted the area. Thus, trades such as Computer,Carpentry, Two-Wheeler Mechanics in 2006; Handicrafts, Computer, Electrician, Nursing in 2007; Welding, Electrician, A/C Mechanics and Refrigeration and tailoring were added to the portfolio in 2008, besides imparting communication skills to them. About 250 students were trained in these years.

Thirukazhukundram in the Photo Gallery