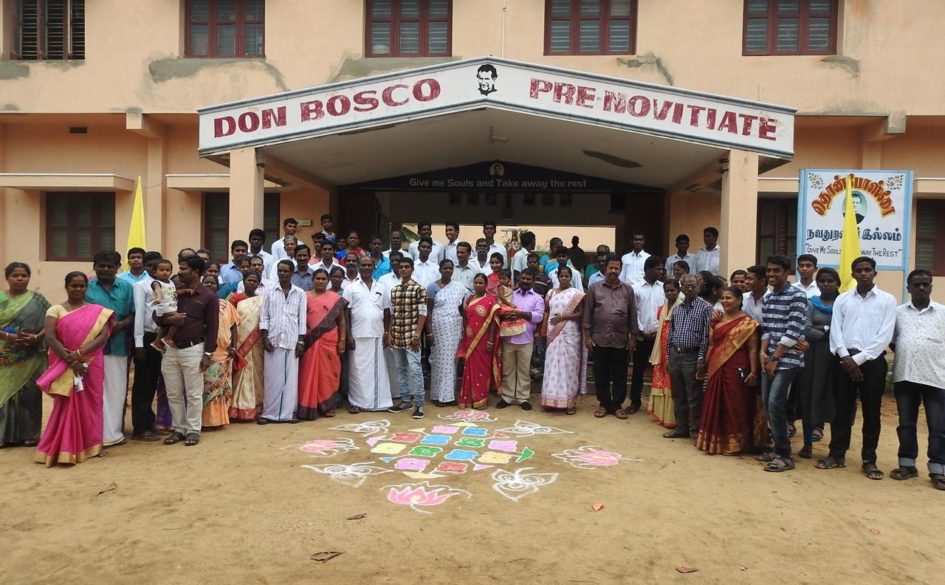 Exposure to Social Ministry. The month of October dedicated to Our Lady of Rosary, began with the return of the pre-novices from the life enhancing experience at VEMBU, Villathikulam. The pre-novices had thirteen days of village exposure from 20 th of September to 3 rd of October. On the first six days they were given theoretical formation in social ministry through sessions on politics, village structure, socio-
political problems of Tamilnadu, Women empowerment, children’s parliament, laws concerning social work and ministry, and ecological concerns. Besides the theoretical inputs, the pre-novices were also given training in the folk art forms and were made to present awareness programmes in the villages nearby. From 26 th onwards they were sent to three each to nine different villages, wherein they spent their entire days with the village people. The Pre-Novices actively participated in all these events, learning and acquiring knowledge about what is happening around us and the ways we can respond to the situations. At this juncture we extend our heartfelt gratitude to the Rector and the community of Villathikulam for accepting to host, organize and animate our Pre-Novices, along with their dedicated staff.

Castelli Trophy. The pre-novices participated in the annual Castelli Trophy, organised by Don Bosco Aspirantate, Tirupattur for the formees. Creating a history, this year the
pre-novices won the rolling trophy. All these years they had managed only to be runners-up, while this time around they were the Jubilant Winners. With utmost gratitude we remember Mr. Edwin Charles, our beloved football coach for training our
pre-novices and Br. Robert Sahayam our dynamic assistant for managing the team. Thanks to the community of Don Bosco Tirupattur for organising and for making it possible.

Community Month. The entire month of October was dedicated for celebrating our life in community, with the theme “united in love for the mission”. We began the month on 04 th October with an adoration service reflecting on the theme “Community
– The manifestation of Triune Love”. During the month, various competitions were organized to improve and inculcate certain skills like writing, speaking, painting, acting, and certain attitudes like appreciating one another, thanking each other etc. in
the pre-novices. On the 10 th October, the pre-novices participated in the essay competition titled “Salesian Community that nurtures vocation” and the drawing competition visualising “the joyful community”. On 18 th October, the pre-novices
shared their god-experience based on Biblical verses which turned out to be a fruitful and enriching experience. On the 25 th October, we had “the gratitude evening” wherein the entire community expressed their indebtedness to each other verbally, as
well as through demonstrations such as picture, song, poem etc. On 29 th October, we had the academy in honour of the community day. On 30 th we celebrated our togetherness around the Holy Eucharist.

Cylone and Rescue. In Solidarity with the people affected by Cyclone-Gaja, the pre- novices lend a helping-hand in our mission at Keeranur, which was badly affected by this cyclone. They went around the village in order to help the people in clearing the
trees and rendering all forms of assistance for two days. At this juncture we would like to extend our big thanks to the provincial and his team for inviting the pre-novices and giving them an opportunity to learn to work and relate with the people.

God’s Chosen One. On 3 rd November, the community of Don Bosco Pre-novitiate celebrated the birthday of Br. Sesu Raj with a meaningful Eucharist and a memorable family circle.

On 6 th joining our Hindu brethren, we celebrated Diwali. The entire house was lit-up with oil lamps to mark the dawn of Christ the light on previous evening. Indian-Rite Diwali mass was celebrated with all its innovation and inculturation, which indeed was a new and enriching experience for the pre-novices.

Another annual event of the community, namely the Parents’ Day was organised on the 25 th of November. Practically all the pre-novices had someone from their family participating on that day. The parents were warmly welcomed and felicitated by the community. Fr. Rector explained to them, the formation process, the discernment period in which the pre-novices are in, and also the economic status of the house. The Parents were honoured with a beautiful felicitation, a livening experience of God in the Holy Eucharist and a sumptuous dinner.

Celebrating the Gift of Life.

December is a month of Festivities, and true to that, the community of Don Bosco Pre-Novitiate had lots of festive occasions during the month. It all began on 3 rd December with the birthday of Br. Xavier Vinoth, who’s birthday coincided with the Feast of St. Francis Xavier, which was celebrated in full gusto.

On 5 th December, the Feast of Bl. Philip Rinaldi was commemorated as “the Salesian Brothers’ Day”, and fittingly Rev. Br. Joseph Das SDB animated the pre-novices enabling them to understand the specificity of Brothers’ vocation. He also preached the recollection and meaningfully prepared the pre-novices and the community to receive the Messiah during Christmas.

The community of Don Bosco Pre-novitiate is specially blessed in the person of Rev. Fr. Joseph Puthenkalam SDB, the confessor of the community. He is the senior most Salesian in the province of Tiruchy. On 17 th December Fr. Papá, as he is affectionately called, celebrated his 92 nd birthday. It was definitely a Day of Blessings. The presence of Fr. Papá’s family and special invitees added colour to the celebration.

The Promised Messiah is Born.

On 17 th December we celebrated suppose Christmas in the community with Holy Eucharist celebrated by Fr. Puthenkalam and Christmas carols and sharing of gifts. Thematic cribs, beautifully worded noticeboards and eye- catchy decorations amplified the festive mood. The cribs prepared by the pre-novices need a special mention, three cribs on three themes. The main crib at the entrance of the house entitled “you are the promised messiah”, presented the entire salvation history from Adam and Eve to Joseph and Mary how God fulfilled the promise that he made. Another crib in the refectory was themed “Messiah 3.0”, that depicted transmission of faith through modern means of communication. Finally a crib “Uravin Niraive Punitham” (Holiness is the fullness of relationship) that portrayed human relationship as means to reach God and holiness. 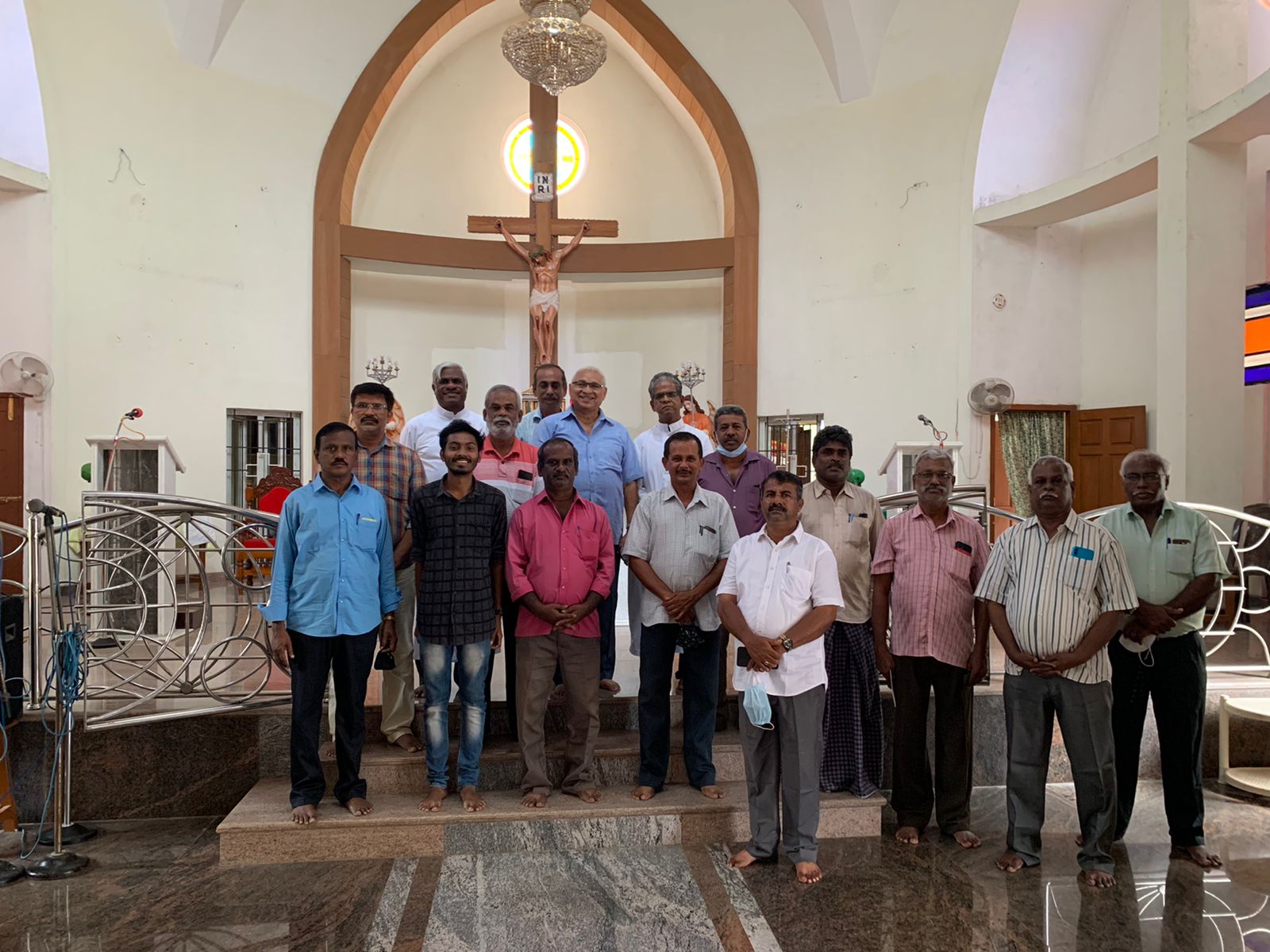 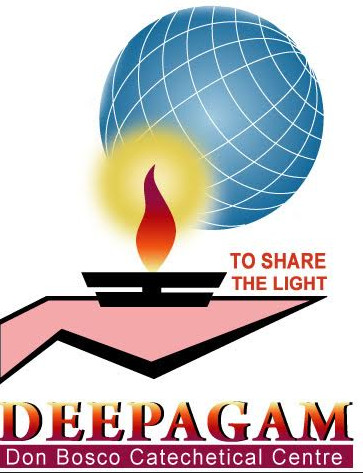