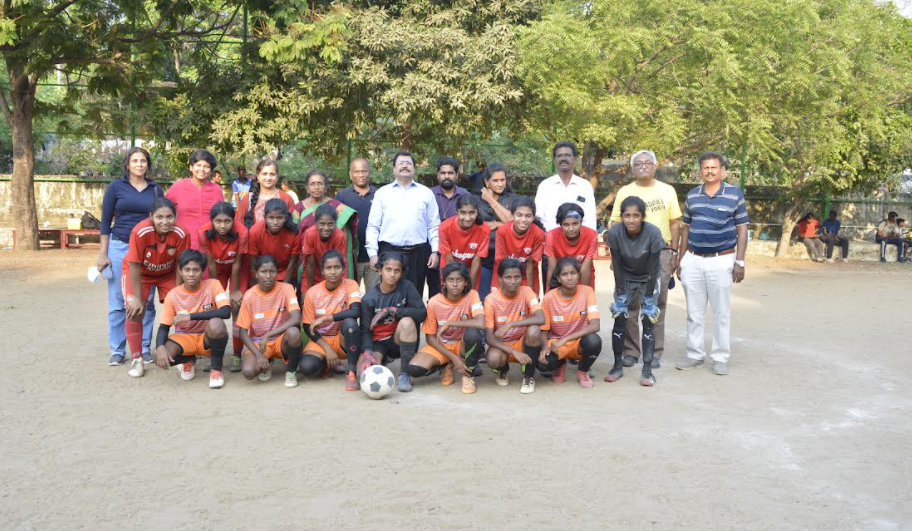 In honour of International Women’s Day, Nari Shakthi Trophy 2022 in five-a-side Football Tournament was conducted on March 14, 2022, in Sathyamoorthy School at Thiyagaraya Nagar, Chennai. There were nine teams from four districts namely Chennai, Kanchipuram, Thiruvallur, Tirupattur. The final match was between Anbu Illam vs. Mohagany. Our Don Bosco Anbu Illam Team won the match in 3-2 tie breaker. Thus, Don Bosco Anbu Illam - HCL Foundation U-18 girls’ team marked a great success by winning back to back 3rd Nari Shakthi Trophy 2022. Added to that, the best Goalkeeper award was won by Smirthikumari, the Most Goal Scorer of the tournament was by Nishanthi (7 goals), and the Best Player from each team was given to Keerthana who were all from Don Bosco Anbu Illam Team. Kudos to our students and the coaches. A word of special thanks to Fr. Joseph Leo, the Rector and the Community of Don Bosco Anbu Illam for their encouragement.