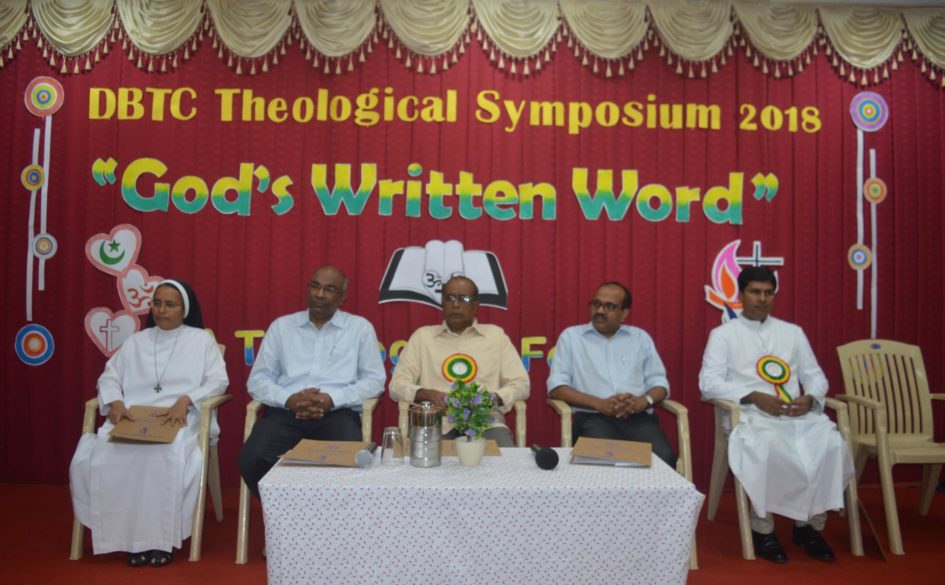 On 13th September, Don Bosco Theological Centre had the privilege of conducting Theological Symposium on the topic “GOD’S WRITTEN WORD: A THEOLOGICAL FORAY”.
For this symposium, we had the first speaker Dr. Venkatram, spoke on “Role of Scriptures in Hinduism”. The Second Dr. Abdul Rahiman, spoke on “the Quran and the Bible: Areas of Consonance”. The third Dr. Sr. Julit, spoke on “Development of Doctrines and Morals in the Bible”. After each talk, there was a floor discussion. On the whole, the Theological Symposium of this year was a great help for the audience to develop the comparative ideas present in the three different religions namely Christian, Muslim and Hindu. Finally, we concluded the symposium with hymn to Don Bosco.
This symposium was organized by the third year students of Don Bosco Theological Centre. The function started at 9.15 am. Fr. Rector welcomed the gathering. The participants were from other neighbouring seminaries and Salesian clerics from various communities of our province.
All News