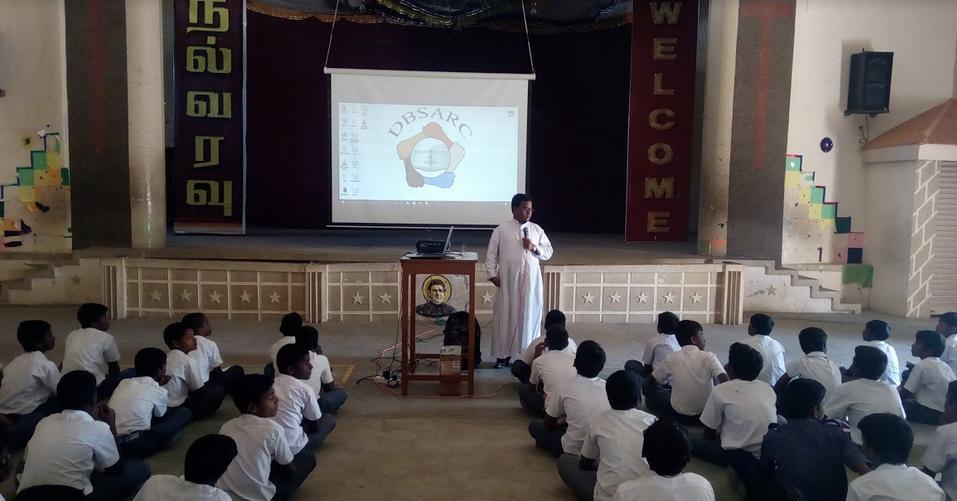 Though the animation for the Thurumbar children was organized at the centre on a fixed date and time, this was a failure because only 13 children turned up. Those who came for the animation were young ones studying in class 1 to 4. Since the children were too young to understand the concepts, only one technique was taught to them. After that some Basic English was taught to the children through activity based learning.

The animation for the 28 Thurumbar children from 8 villages was conducted at Avalurpettai in Thiruvannamalai District. Memory techniques content was developed Mr Stephen Raj. There were three types of techniques: 1. Associating one with the other; 2. Imagination and, 3. Concept Mapping. Since the children could not understand them quickly, a lot of time was taken for the animations. Post lunch,a scholar student who was doing her research on teaching methodology for the students whose IQ is low or those who are slow learners, animated the students with lots of games and activities.

Personality is something that everyone in the present world is looking for - both external and internal. The commercial world and the media are now focusing on the external personality of a human being. The animation for the 196 students was focused on building up their internal personality. The animation included some basic tips to maintain better relationships with their own classmates and others in the school, and in the society.