THE RECTOR MAJOR IN THE SALESIAN PROVINCE OF CHENNAI (INM), INDIA 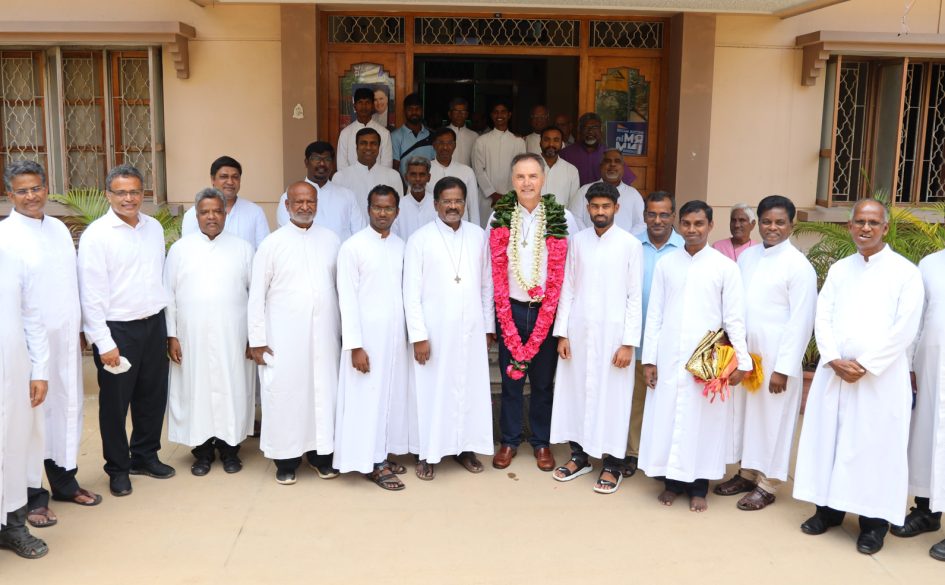 The Rector Major celebrated the Holy Eucharist in the Emmaus Chapel of the Provincial House at 11.45 a.m. In the introduction of the holy mass, Fr. Provincial thanked our Rector Major for his presence with us on this day and especially for his joyful accompaniment of the Chennai Povince during the last six years.

Looking at the 35 Salesians present for the Mass, along with Archbishop Emeritus Dr. A.M Chinnappa SDB, our Rector Major remarked that he felt he was celebrating the holy Eucharist for a small Province by itself, which is the case in many other parts of the Salesian world. He thanked God for the bountiful blessings that are experienced in the Salesian Provinces of India and in a special way in the glorious Province of Chennai!

During his homily, reflecting on today’s Gospel, where the Pharisees and Scribes always had negativity at the Lord’s doings, the Rector Major invited us to look at the world through the eyes of the Almighty himself and to see others as God would see. Seeing the world and its reality with faith will open our hearts to experience the Lord’s marvellous doing in our lives as experienced by our father St. John Bosco himself.

At the end of the Mass, the Rector Major imparted the Blessing of Mary Help of Christians and Archbishop Emeritus Dr. A.M. Chinnappa SDB intoned the hymn to the Sacred Heart of Jesus.

The Salesians then felicitated the Rector Major with the traditional Indian silk shawls, followed by a festive lunch in the Provincial House.