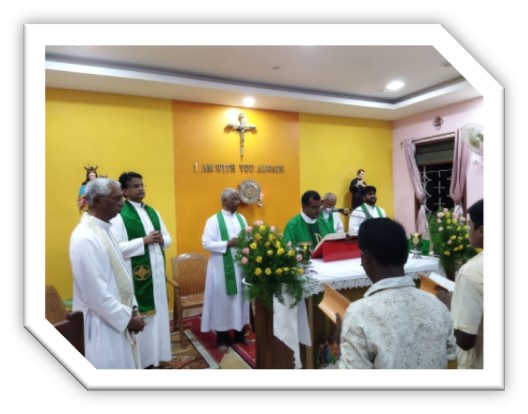 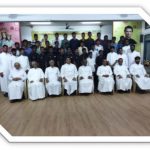 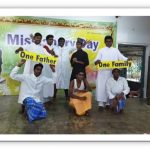 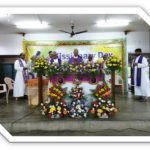 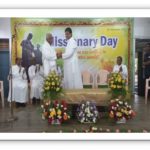 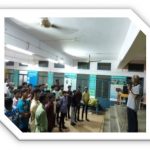 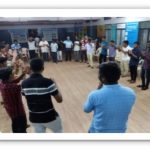 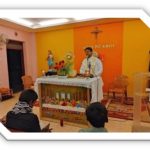 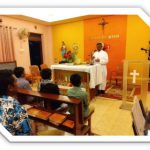 Don Bosco Missionary Aspirantate, Perambur, was happy to host the INM Missionary Day 202. It is a pleasure to remember and celebrate the missionaries those labored for salvation of the poor youngsters. They are the sowers of the Christian faith and we are very happy to celebrate this in our Province.

The time table for the Mission Day was well planned and well executed. The celebration was for three days from November 26, to 28. The first day started with the arrival of the aspirants from Tirupattur and Pannur. They reached around 4.00 p.m. They were received with hearts full of joy and provided high tea and allotted places to stay.

Then the Provincial Fr. K. M. Jose addressed the aspirants and welcomed them in the Chapel and inaugurated the retreat with the talk. Then Fr. Vice Provincial animated the adoration service based on the theme “missionary call”. After the adoration a sumptuous dinner was provided. After the dinner there was rosary and the good night talk given by Fr. Antony Raj, the Rector of the Missionary Aspirantate. After the good night talk the brothers conducted party games for the aspirants. The aspirants participated actively. The day’s program ended around 10.30 p.m.

The rising was at 6.15 a.m. and the day began with the Morning Prayer and a preached meditation by Fr. Praveen the Vocation Promoter. Breakfast was followed by morning job. Then we had retreat talks in the morning by Fr. A. T. Thomas and Fr. Lionel. After the lunch the aspirants had sufficient time for silent adoration. Then Fr. Alphonse the Rector of TPT aspirantate prepared the aspirants for the sacrament of reconciliation with a talk. Priests were available for the sacrament of reconciliation. The aspirants made a good confession and received God’s grace and blessing. Tea was followed by an inter-aspirantate football match. In the evening at 7.00 p.m. the Holy Eucharist was celebrated by Fr. Jeffrey the Rector of Pannur Aspirantate. After supper, the aspirants prayed the rosary followed by night prayer and good night talk was given by Fr. Arockiasamy the Rector of Sagayathottam.

The day began with the Morning Prayer animated by Fr. Amalan. Then we had breakfast followed by Inauguration ceremony by Fr. A.T. Thomas. The Chief Guests were honored on the stage. Once the Inauguration was over, two talks by Fr. Johnson Paulraj the Rector of Thalavadi and Fr. K. P. Paul followed. The day neared the end of the Mission Day’s celebration and the Thanksgiving Eucharist was celebrated by Fr. Antony Raj the Rector of Missionary Aspirantate. After the holy mass there was lunch and preparation began for the cultural programme on the theme “One Father One Family”. The cultural programme commenced at 2.15 p.m. all the three aspirantates performed their cultural programme. It was indeed wonderful to see the aspirants on the stage performing well. The Mission Day program concluded with the hymn to Don Bosco. Many invitees were also present for this programme from other houses namely Dindigul, Sagayathottam, Basin Bridge and SIGA. The day went on well by the grace of God and everybody benefitted from this initiative taken by the Province and the Don Bosco Perambur community.