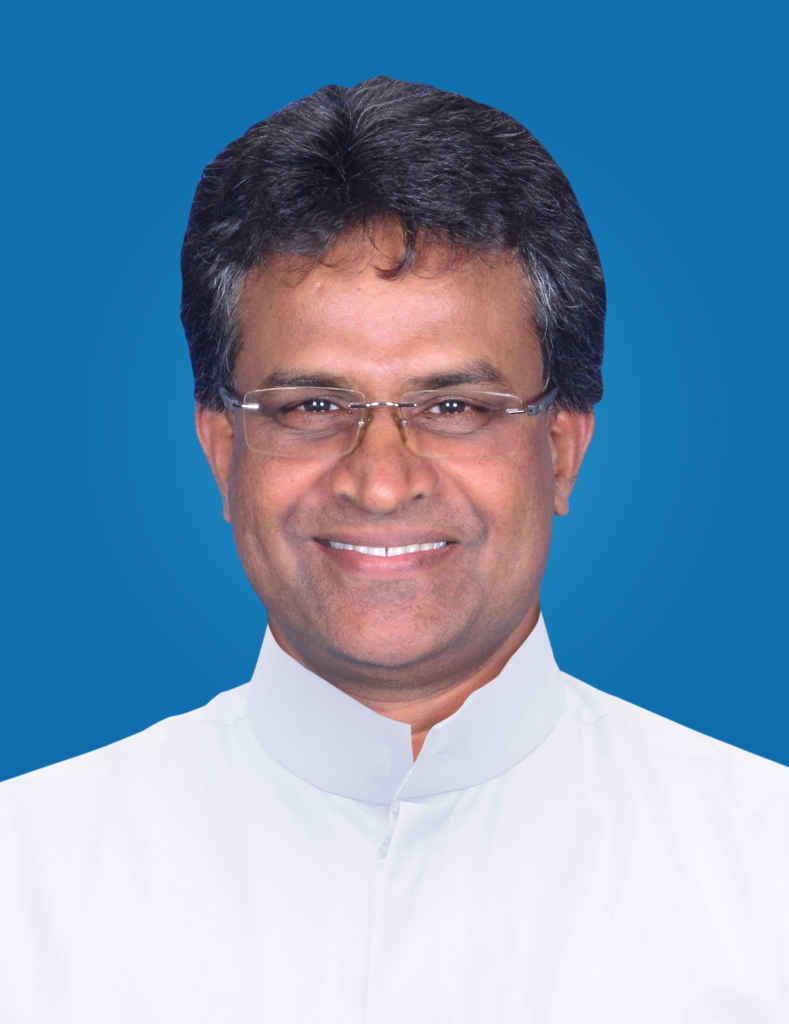 The Rector Major, Rev. Fr Ángel Fernández Artime, the 10th Successor of Don Bosco on 14 December 2022 nominated Rev. Fr Don Bosco LOURDUWAMY as the provincial designate of the Salesian Province of St Thomas the Apostle, Chennai (INM). Fr Bosco will be succeeding Fr Jose Kochamkunnel (KM) who has been serving as Provincial since February 2017. The Salesian Province of Chennai is a large and vibrant Province with 415 confreres working in 51 houses in the State of Tamil Nadu, the Union Territory of Pondicherry, and the Islands of Andaman and Nicobar in India. It has also one house at Fujairah in the United Arab Emirates.

He has served the province of Chennai in diverse capacities with a variety of experiences in his Salesian, religious and pastoral life.

His first assignment was as the Assistant Parish priest, Youth Centre Director and Economer of Lourdes Shrine, Perambur, from 2001-2002.

Following that, he served as the Director of Don Bosco Vazhikaati, the province Job Placement and Vocational Guidance Centre from 2002 to 2010 and spearheaded numerous initiatives and Youth Job Fairs all over Tamil Nadu in collaboration with the Government of Tamil Nadu. During this tenure, he also served as the Youth Centre Director at Rinaldi Juniorate, SIGA from 2002 till 2007.

He then served as the Rector and Correspondent of St. Bede’s Anglo Indian Higher Secondary School, Santhome from 2011 to 2017.

He has carried out a number of responsibilities in the province. He has been in the Vocational Guidance Commission from 2002 to 2010. He has also been in-charge of the Missionary Animation, and been the Salesian Family Delegate, Youth Ministry Delegate, Formation Delegate for the province for different periods of time.

Apart from being the Vice Provincial, he has also been serving as the Rector of the Salesian Provincial House, Chennai from 2019 till date.

Apart from his Bachelor’s degree in Commerce (1996) at Loyola College, Chennai, he also holds a Doctorate in Management Studies (2016).

Fr. Don Bosco Lourdhusamy will be installed as the Provincial on 4 February 2023. He will take charge as the 15th provincial of the province of Chennai, since its inception in 1933.