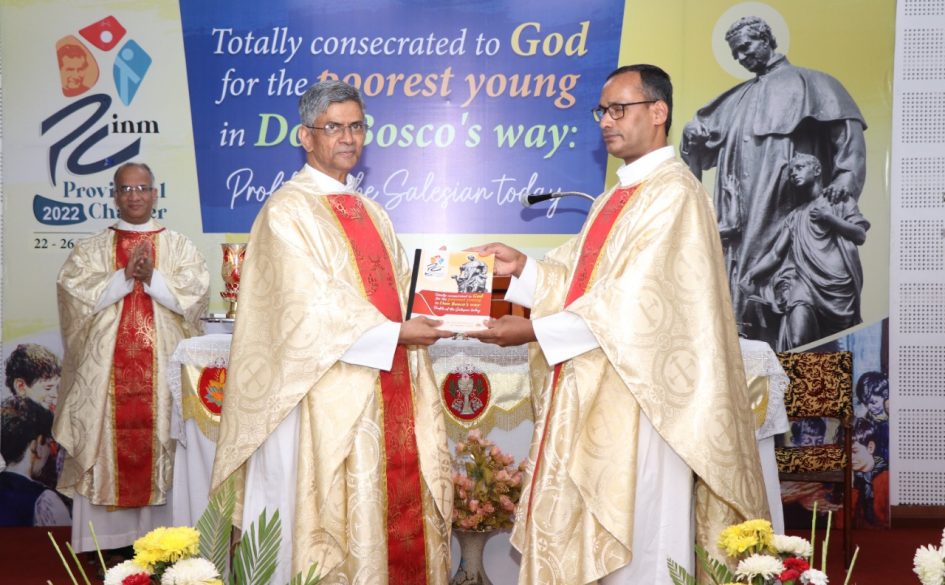 The Moderator took up Varia section. It was informed that one-third of the majority of the members should vote in favor to approve it. Of the 29 topics, 15 were taken up for discussion by the Assembly with the one-third of majority. All the 15 topics were discussed in depth and a quite a many were deliberated. This discussions on the Varia were very genuine concern of the Province for its growth. And so, it resulted in many concrete deliberations.
Finally, the Moderator concluded the chapter discussions on Varia at 5:15 p.m.
Then, Fr. L. Don Bosco, the Vice Provincial of INM invited Fr.K. M.Jose, the Provincial of INM to release the Obituary letters and give away copies as detailed below: 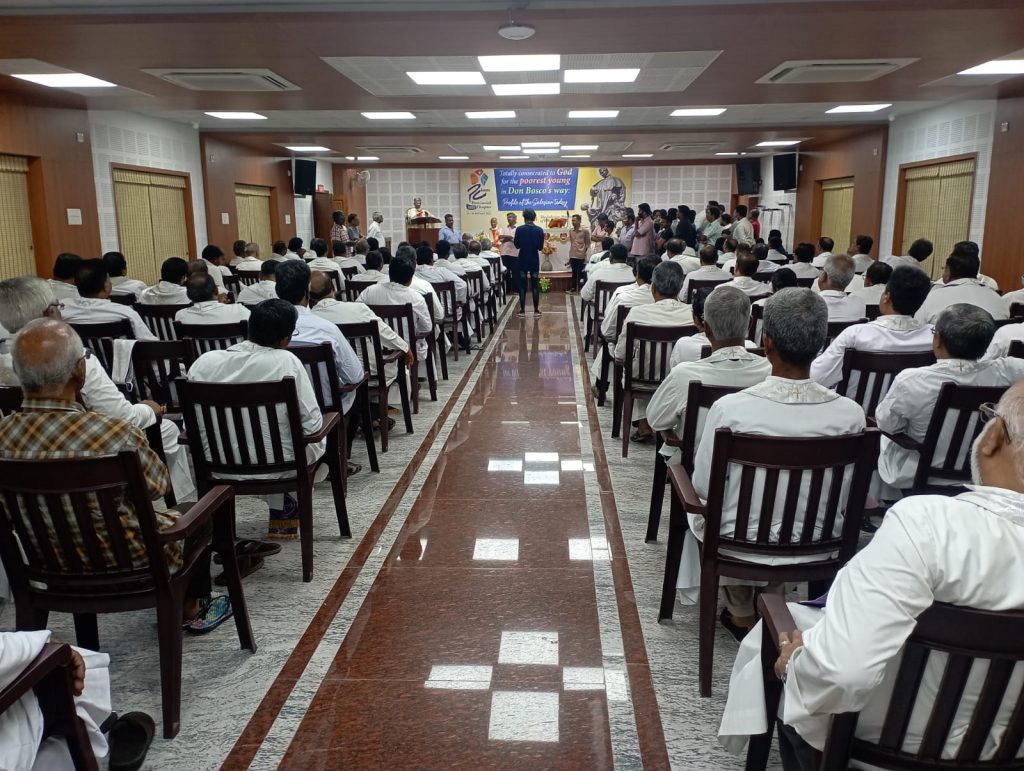 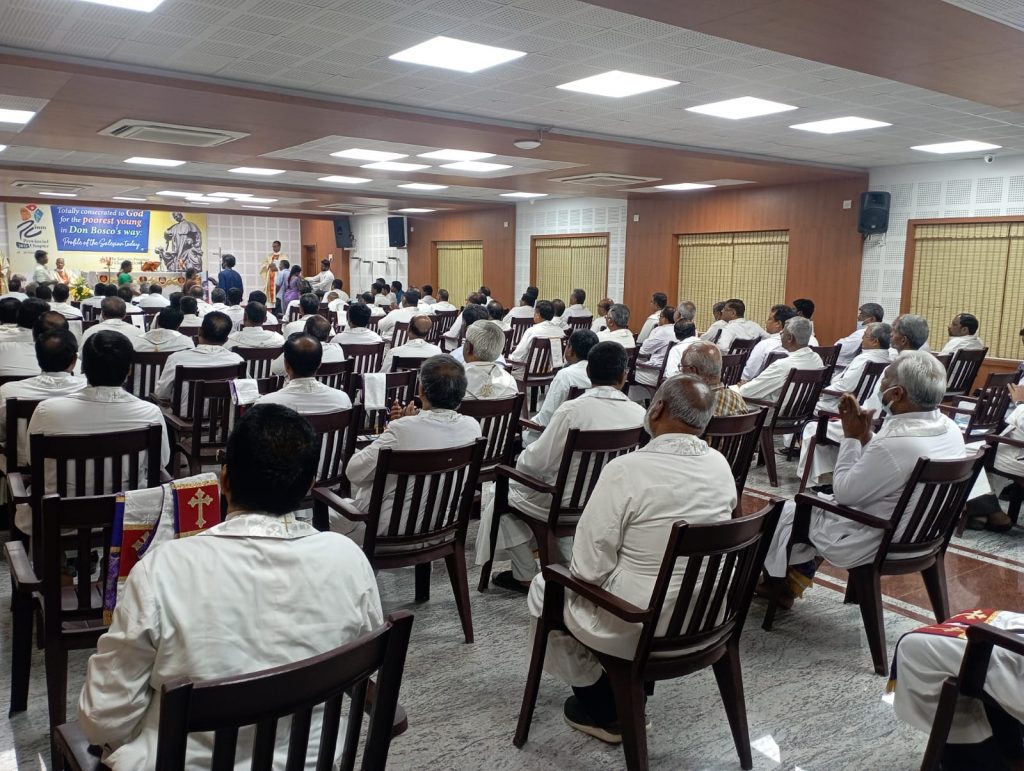 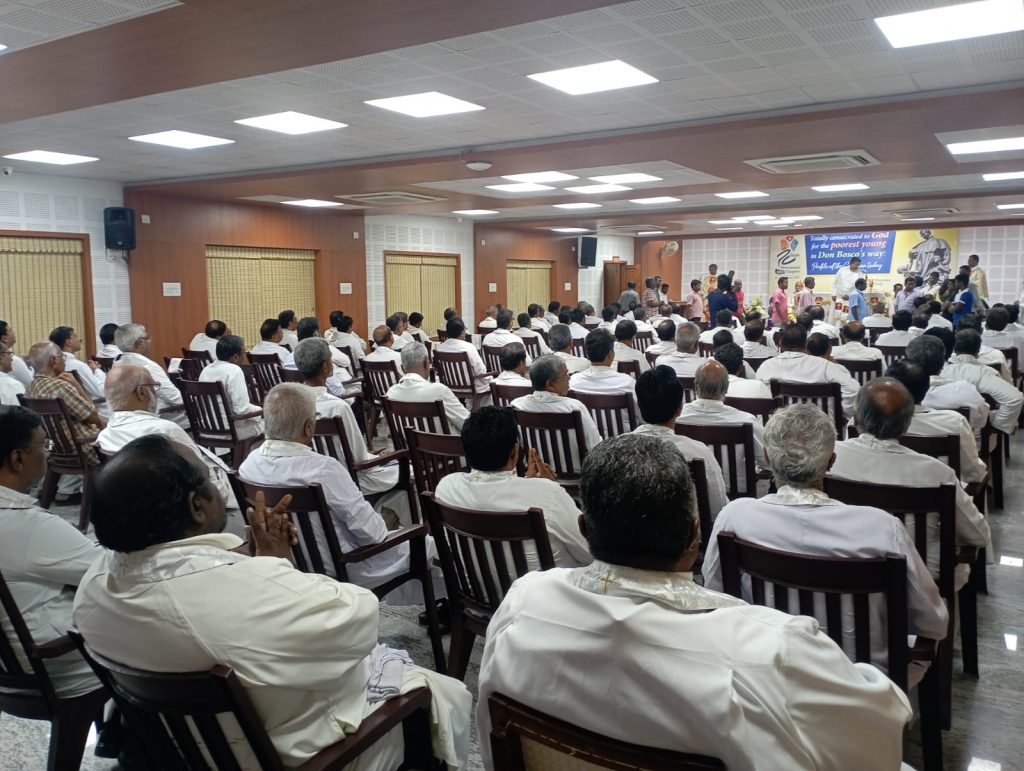 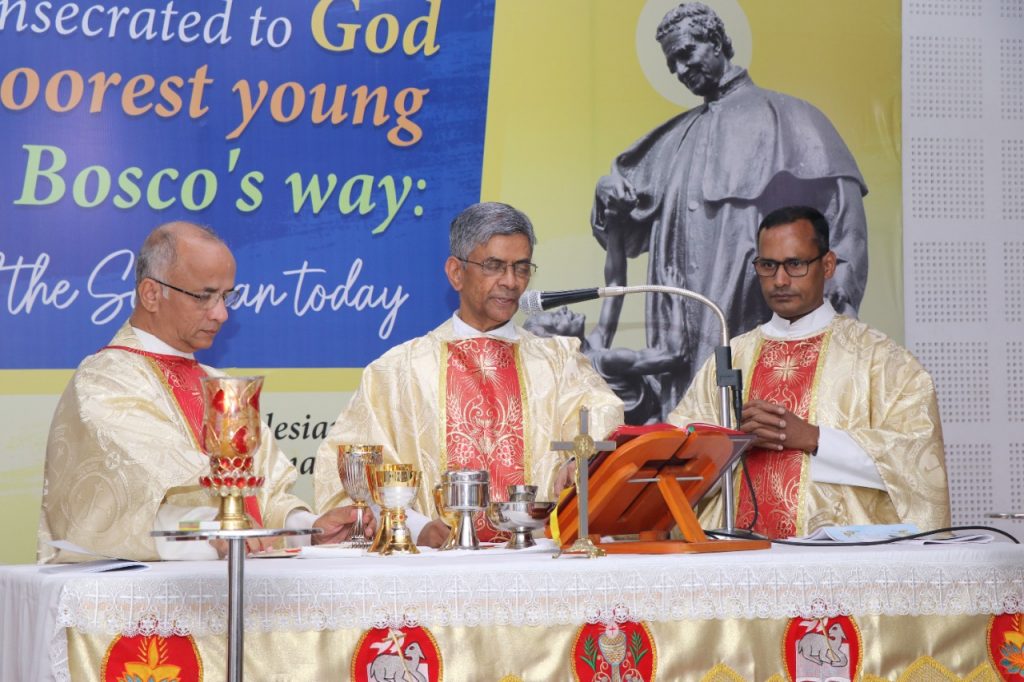 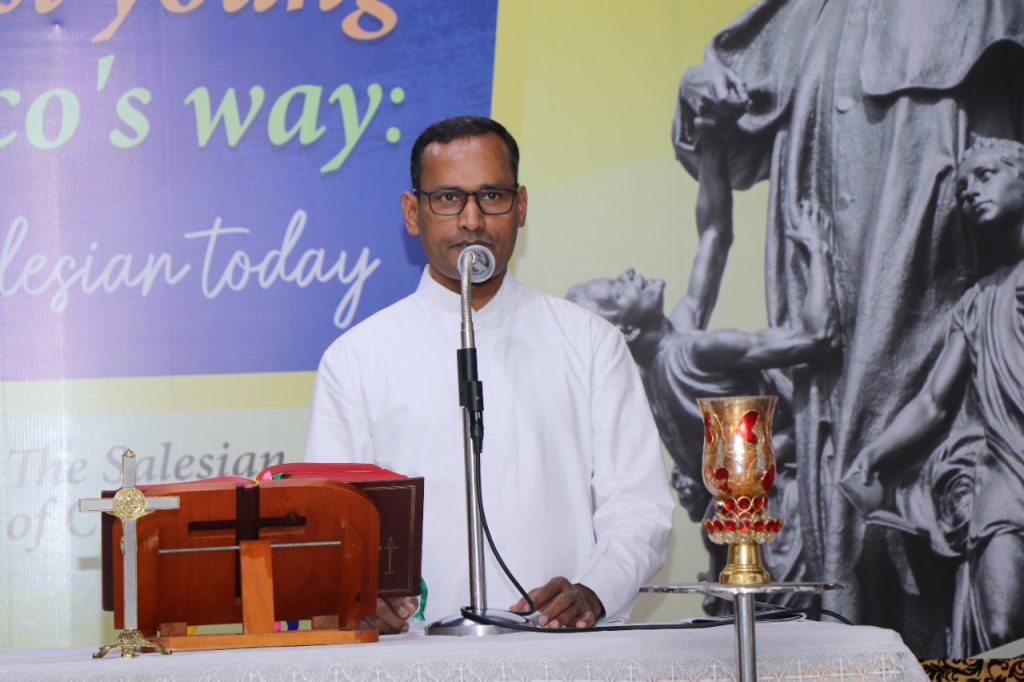 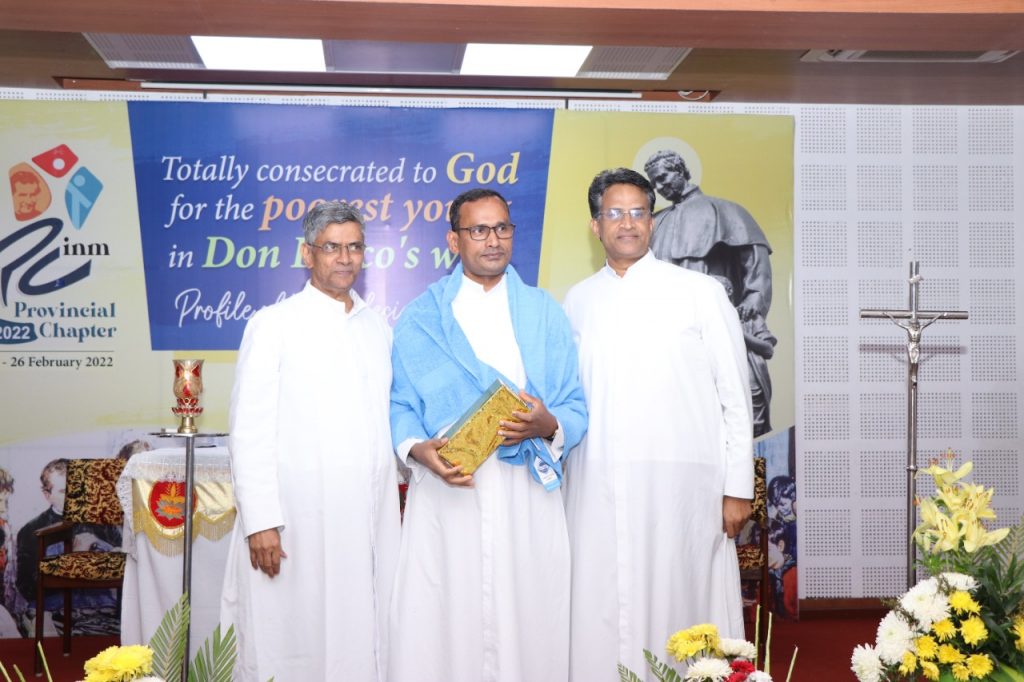