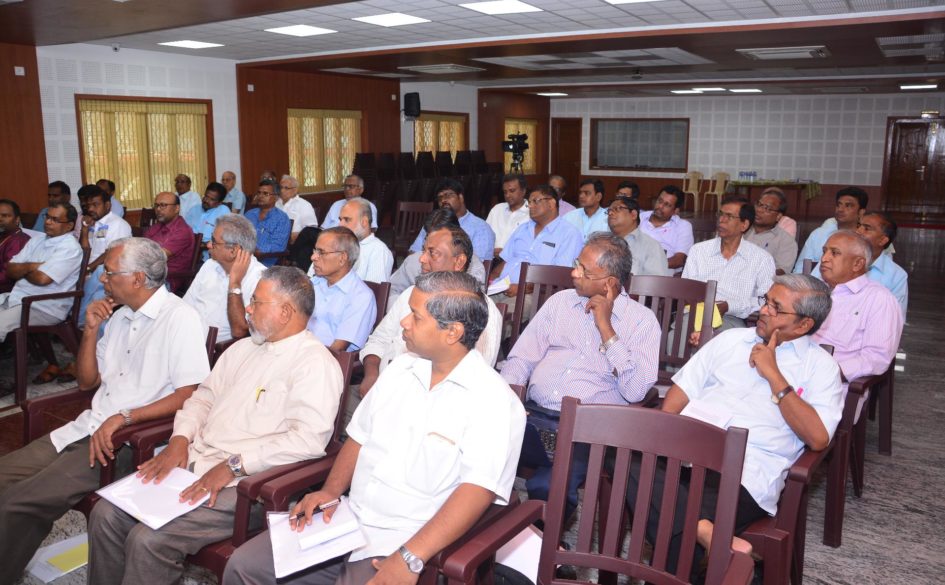 The meeting of Rectors and Leaders, on May 29, 2017 was held at The Citadel, Chennai. After Father K. M. Jose, the Provincial, expressed his gratitude to all the Rectors for responding generously to shoulder the responsibility of the Leadership, Rev. Father Maria Arokiam Kanaga, the Regional Superior briefed the group about the Gerini crisis at the Generalate.

He dwelt at length on the ten priorities visualized by the Rector Major and Council in the current scenario. These were:

Return to Jesus Christ – “Create the thirst for God experience in confreres. It is not enough to be good humanitarians. We need to be men of God imparting the love of Christ for the poor through the activities of our institutions which serve as means,” he stated.

Return to the poor – “Our institutions must keep close to the poor. Though not purposely, however, there is a visible movement towards the middle-class people,” he observed.

Return to the community – “Facilitate communication and common decision making. Move from Me to Us. Living together is a mission and witness,” he said.

Take care of the Confreres – “Be fatherly and correct fraternally. The number of Salesians leaving the congregation is alarming,” he pointed out.

“Besides the above, there should be a transparency in administration – accounts and whereabouts. We must meet constantly, plan, execute and evaluate our performance. Encourage lay collaboration – prepare them and entrust to them, but being watchful. Attention must be given to the free youth in our neighbourhood. Always be ecclesial - united with the Church and the Salesian family, cooperators and past pupils. Above all, improve the intellectual standards of the confreres by daily reading and regular updating,” he advised.

The Provincial invited the Rectors to take time in facilitating the community members to know one another, leading to genuine interest in the life and journey of the confreres with open and positive attitude. He explained the importance and the need for a careful preparation of the PPSL (Personal Plan of Salesian Life), SCPL (Salesian Community Plan of Life), EPC (Educative Pastoral Council) and SEPP (Salesian Educative Pastoral Plan).

Father Vice Provincial said that the animation and follow up would henceforth be in four regions – Chennai, Pondicherry, Vellore and Tirupattur. “The heads of the province departments should send communications to the Youth Pastoral delegates who will assist the Rectors to prepare EPP and execute the programs,” he said.

Rev. Father Xavier Pakkiam, the Economer, presented the loan details and the economic situation of the Province. He informed the group that lakhs of Rupees were gained since a group was appointed to take care of filing IT Returns. He also reminded about the ten Masses to be celebrated by every member for the intentions of the Provincial and the surplus of Mass intentions to be passed on to the Province. The Provincial asked the Rectors for suggestions to settle the financial crisis in the Province. Some suggested the sale of unused properties (Vyasarpadi, Achirappakkam, Arakkonam). There was a suggestion that we could ask the Past Pupils and well-wishers to contribute to the mission of the Province through the Don Bosco Foundation. Father Joy Panackel, the Rector of Vyasarpadi, asked the Province to raise the maintenance works permission limit from 1 to 2 Lakh Rupees.

Father Pathiaraj explained the need and difference between Manifestation and Spiritual direction. “The Manifestation would normally be a sharing of health, study / occupation, personal duties, practice of piety, use of Sacraments, personal observance of poverty, chastity and obedience, observation and fraternal correction, any disorders observed, etc. The Spiritual direction would deal more with the inner disposition with which the above things were carried out, and matters of conscience,” he concluded. 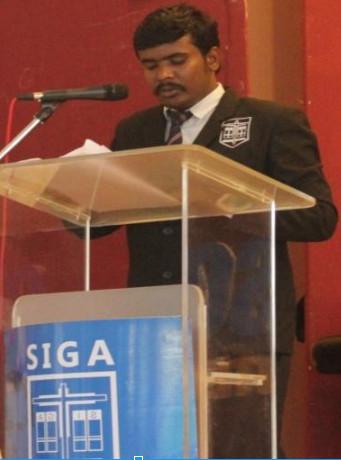