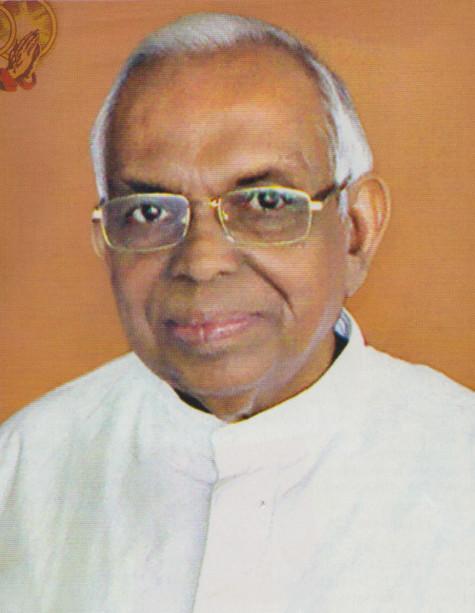 With deep sorrow, the Salesian Province of Chennai announces the passing away of our dear confrere Fr. Stanislaus Fernandez, 85 years, early morning on 19 January 2018 at Don Bosco, Aluva, Kerala. He was a Salesian for 64 years and a priest for 55 years.
His funeral services will be held at Don Bosco, Tirupattur, on Saturday, 20th January 2018 at 3 p.m.

Born on 6th April 1933, at Kumbalam (Quilon), Kerala, in the diocese of Quilon, the seventh child of Michael Fernandez and Elizabeth Fernandez. He completed his schooling at Carmel School, Nagercoil, and joined the Salesian aspirantate in Tirupattur in 1949. He entered the Salesian Novitiate at Yercaud on 24 May 1953 and made his first profession on 24 May 1954 at The Retreat, Yercaud, and completed his philosophical studies at Mount Don Bosco, Kotagiri, in 1954-56. He did his practical training at Don Bosco, Katpadi (1956-1957) and Sacred Heart College, Tirupattur (1957-1958). He made his Perpetual Profession on 24 May 1959. His theological studies were done at Sacred Heart College, Mawlai, Shillong (1959-61) and at Mount Don Bosco Kotagiri (1961-63). He was ordained a priest on 1st May 1963 at St. Mary`s Co-Cathedral, Chennai by Archbishop Louis Mathias SDB. His elder brother, Fr. Charles M. Fernandez, was Vicar General of the diocese of Quilon.

He was well known for this tender devotion to Our Blessed Mother and Don Bosco. He had a keen interest in helping poor young people to come up in life through education. The past few years, he had been living a serene and restful life at the Senior Salesians` Home at Aluva, Kerala. May his soul rest in peace.