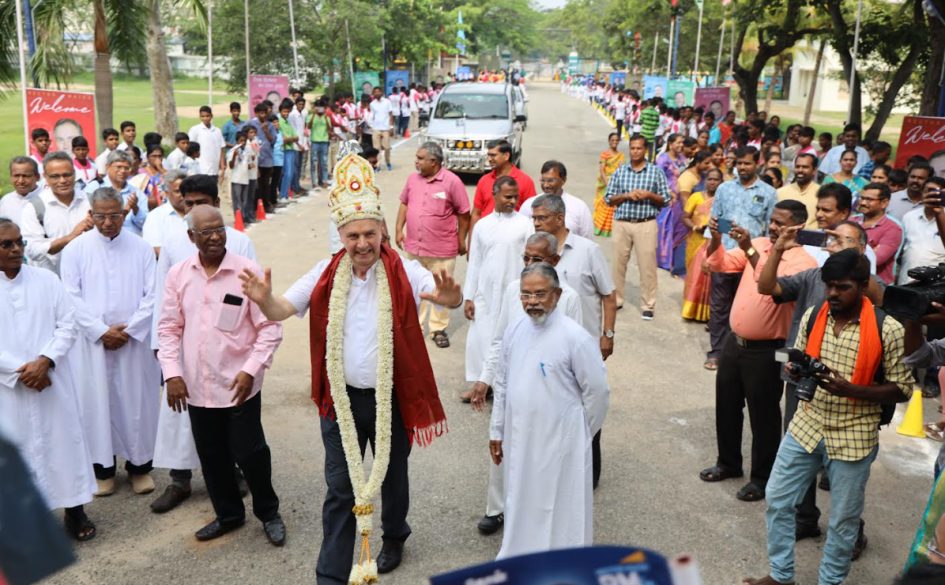 The Rector Major left Chennai for Vellore early this morning (03.09.2022) by the Double Decker Express train to join in the centenary celebration of the FMAs in India (1922-2022).

The Rector Major reached Vellore at 09.05 a.m. and was received with great honour and was warmly welcomed at the Katpadi Railway Station, Vellore. The Don Bosco School community and St. Joseph ITI Community jointly welcomed the Rector Major with the Guard of Honour. He was again welcomed at the school premises of Vellore, Gandhi Nagar with the Guard of Honour, brass band and cultural music, in the joyous presence of hundreds of students, youth and the teachers.